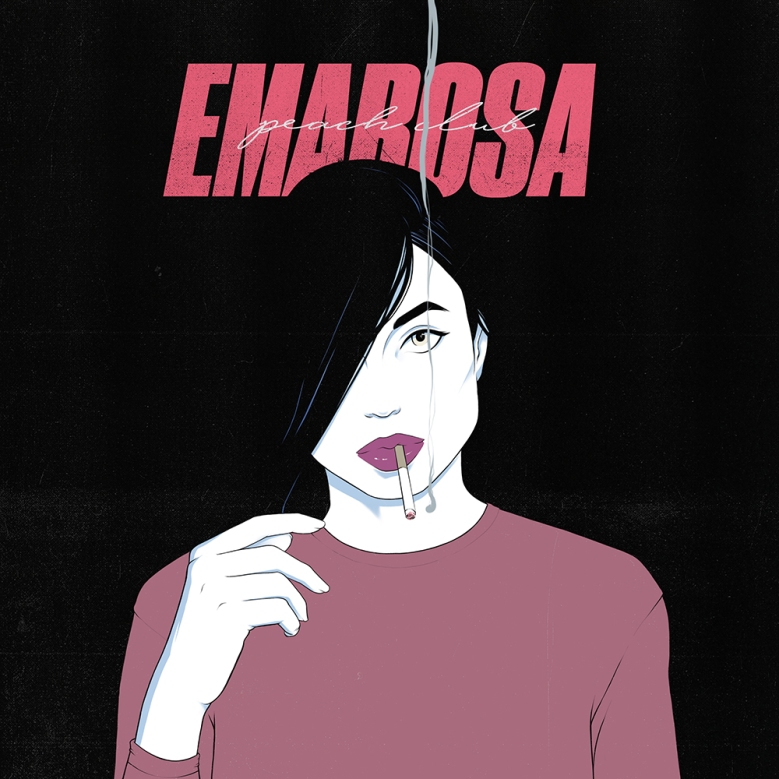 The highly anticipated record from Emarosa is finally here. Their latest Hopeless Records release Peach Club has been discussed from every possible angle. On the scale of pure disgust to pure greatness, this album hits all the right points on the latter end of that scale. While some (close-minded) listeners are stuck on the drastic change of sound, the band has found an exciting way to revitalize their sound and usher in a new era of Emarosa.

Of course, a change like this could always be riddled with errors and wasteful missteps, but it’s evident that Emarosa took their time with this record and made sure to completely pour themselves into this record. Peach Club does so much justice for Bradley Walden’s stunning vocals. His ability to bounce between tasteful falsettos, that might put Justin Timberlake to shame, to powerhouse belted notes that elevate the songs into an anthemic dimension.

As the band released more and more singles from the record, it was easily noted that the album was going to be dynamic and a dream to listen to front to back. In an age of music consumption and unbundling albums, Emarosa remind stubborn alternative music listeners the importance of taking in an entire record front to back. In this case it’s key to not miss any of the subtle nuances, blazing horn additions, magical synth, and glamorous, lush pop melodies that easily make this record an early contender for AOTY lists.

Cautious has a tinge of 80’s synth pop without being cheesy or dated. The right blend of breathy vocals and a heart stopping drum beat that perfectly works around the synth. Emarosa still incorporate encouraging and positive lyricism through all of the exciting new music elements. Get Back Up is a classic cry for longing to be understood and proving others wrong. The way this band breaks down the bridges on these songs shows a strong understanding of song structure, but also knowing how to carry the listener and drop them off in a land of pure bliss.

Once the record has taken you on an incredible journey and your feeling full of energy xo slows things down for a stripped down soulful tune. The romantic and warm guitar envelopes the vocals. The song feels well intentioned and full of heart while dripping with emotion from the vocals and lyric. “Tell me what it takes to get you home” tears your heart up as its repeated and closes out what is standing out as one of the best songs on the record.

The band has since changed their Twitter bio to “pop Gods” and rightfully so. The songs on Peach Club may be doused in pop glitter, but their is still a rock influence present that makes this record special. Hell Of It is a prime example of the darker side of pop/rock that can create a perfect marriage of the two. Edgy pop-rock that doesn’t have to lean on pop-punk/hardcore tendencies to maintain that rock edge. Every band should be approaching their music as something fluid that can move and change shape at any moment. It may be considered “daring” on their part, but this is how music should be, unrestricted by genre and just a simple representation of the musicians involved and who they are at a specific moment in time. This album is destined to be a pure showstopper live and provide endless inspiration for young bands trying to figure who they are and who they can be. Peach Club is available now on all streaming platforms.